Anders Meiton, CEO
The idea of Gobius Sensor Technology was born at a party 12 years ago when Anders Meiton, an entrepreneur and sailor, tapped his dinner partner’s glass before preparing to make a speech. The distinct sound made by the two glasses—one full and one almost empty—occupied Meiton’s thoughts for the better part of the evening.

The next day, a light bulb went off in Meiton’s head: “If vibrations in liquid create different sounds, is it possible to measure the liquid levels in holding tanks by using just sounds and vibrations?”

Meiton’s mind raced to the matter of holding tanks due to his vast experience of travelling the seas. “As a sailor, I know that many boats have problems with toilets. They either do not work, or the waste tank is full,” he says. Since the 1960s, leisure boats have had toilets on board with waste holding tanks, but without a reliable method to gauge liquid levels. The only available technology involved measuring liquid from inside the tank. This required boat owners to drill holes and mount sensors inside the tank, which often resulted in leakage of aggressive liquids and gases. Meiton concluded that boats required a new, eco-friendly method to gauge the levels in holding tanks.

A little over a decade ago, Meiton made strategic investments, and Gobius was born. Since then, Gobius—a provider of tank gauges and level guards for water, septic, fuel, and other liquid tanks—has sold close to 90,000 sensors. The success is a validation of Gobius’ first-of-a-kind measuring technology that uniquely measures liquid waste from outside the tank.

Turning The Tank Monitoring Process Inside Out

This patented technology—based on vibrations in the tank wall to measure the liquid level in the tank—is built on a method of monitoring the local and mechanical properties of a fluid container. A Gobius sensor exerts force onto a tank or container wall, causing it to vibrate within a second. The heart of the sensor is a so-called exciter, which can be compared with a loudspeaker without a membrane that creates vibrations when fed with electrical impulses. The vibrations are transmitted to the tank wall, which starts oscillating. An accelerator registers how the vibrations change when the tank is full. Once the accelerometer measures the vibrations and transmits the signal to the digital signal processor, the processor’s algorithms calculate a vibration value each time Gobius performs a measurement. The algorithms are designed to do what a human ear does very well: hearing the difference between a full and an empty container.

Taking the technology a step further is Gobius Pro, the latest tank gauge offering from Gobius. Compatible with iOS and Android phones, the Gobius Pro is controlled through an app that allows boat owners to program the initial settings of the sensor, display measurements, as well as function as a platform for remote support—through Bluetooth communication. In addition to displaying measurement results, the new sensor has two on/off wirings that indicate whether or not the recording of the level has passed the sensor. This way, the sensor can integrate with the control systems and access functions such as the starting/stopping of pumps.

Furthermore, Gobius Pro allows boat owners to decide how many sensors (up to nine) they wish to mount outside the tank. In boats with multiple waste tanks, boat owners can “name” the tanks and intelligently monitor them remotely.
These features are a huge upgrade from the former versions of Gobius, where each product installation was specific to waste, fuel, and water, and only allowed for a maximum of three sensors.

Most of all, Gobius technology solves the longstanding problem of overfilled waste holding tanks, in a smart and simple way. Boat owners can easily install the complete system and sensors on the outside of the tank and connect them to the control unit, a process that takes less than 60 minutes! Besides instructional videos on YouTube, owners can refer to an easy installation guide available in the Gobius Pro box set, which also contains a sensor with a 2m cable, a panel with a red and green lamp, and a tank surface cleaner. Needless to say, Gobius also offers 24x7 email support to clients across the globe.

The Journey That Led To Gobius

Although Gobius has successfully established a presence within the recreational boat industry, the road taken by Meiton and his team has been paved with challenges.

Soon after the party where Meiton conceived the possibility of measuring waste tanks from the outside, the entrepreneur had to convince technologists and boat owners of his novel idea. “For over 50 years, boat companies have designed water level indicators to measure water tanks from the inside. Suddenly, this Swedish guy comes along and says, ‘we can do it from the outside.’ Naturally, the market did not welcome me,” recounts Meiton, who admittedly assumed a humble attitude throughout the journey when Gobius faced difficult times.

The initial challenges did not stop Meiton from following through with his vision.

The first Gobius sensor prototype was displayed at the fair for boat accessories at METS in Amsterdam and was also nominated in the prestigious innovation competition, the DAME Award. The following year, in 2008, the first product was introduced at the boat fair in Gothenburg, Sweden. Meiton says, “In the beginning, we focused on just stainless steel black water tanks. After that, a customer wanted to use our technology for aluminium and plastic tanks, and other customers wanted for other fluids like, water and fuel tanks (diesel and petrol).”

Despite the differences in the materials and dimensions of the tanks, Gobius used the same sensor to measure all types of water, fuel, and septic tanks. As the years progressed, Meiton took a careful approach to examine the various types of tanks, their materials, their dimensions, and the reaction of certain types of tanks with assorted liquids/chemicals. “We had the vision to become the de-facto solution provider for tank monitoring,” he adds.

Trusted By The Biggest Boat Manufacturers

Meiton has successfully fulfilled his vision.

Today, Gobius’ tank gauges function on all types of materials— metal, plastic, stainless steel, or aluminium—and can measure not just liquid waste but also all water-based liquids, oils, and fuels (diesel and petrol) at normal temperature intervals of -10 degrees to +60 degrees Celsius.

Just consider that HanseYachts AG, the world’s second-largest yacht producer, utilises Gobius products to measure the liquid waste in hundreds of waste tanks across its fleet. One can find Gobius tank gauges across HanseYachts’ popular yacht brands. “Be it a boat owner, a dealer, or a boat manufacturer, our technology is becoming very popular and trustworthy among the recreational boat industry,” says Meiton.

Since the start of 2020, Gobius has been installed in the production of new leisure boats such as Bavaria Yachts, Beneteau Yachts, and most of the Scandinavian Boats, Arcona Yachts, Exopar Yachts, Hallberg-Rassy Yachts, Najad Yachts, and X-Yachts.

Making An Impact In Rail Transport

Gobius’ presence is not restricted to the marine industry. The company recently won the trust of Alstom, a leader in the global rail transport market.
Alstom, engaged in the fields of maintenance, passenger transportation, signalling, and locomotives, is now an active user of Gobius’ products. As revealed by Meiton, Alstom’s trains were previously using old technologies with outdated indicators that stopped working within a few years of installation. For years, the crew aboard Alstom’s trains “had no clue” if their holding tanks were filled to capacity or not, leading to guesswork and excessive maintenance work. All that changed when Alstom adopted Gobius technology. Today, when an Alstom train enters the platform, the central administrative system of the company immediately receives reports on the levels of all the toilet tanks.

In the near future, Meiton expects more engagement with Alstom and other players in the rail transport sector. “Each train has an average of 7 to 10 toilets, and each toilet has its own waste holding tank. Now, with the Gobius app on a smart phone, they can check (from outside the train) if the tanks are empty before the train leaves. Existing technologies do not allow them to do so, as the internal level indicator stopped working many years ago. Since most trains still utilise legacy technologies, this is an industry we can definitely impact,” stresses Meiton. 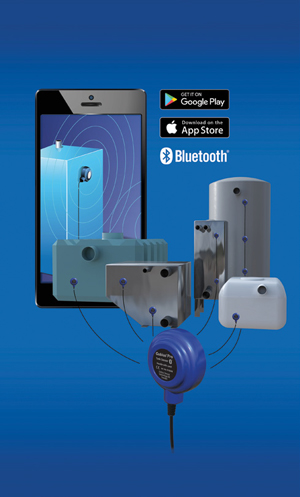 If the last decade is any indicator, Gobius is destined for greatness in the years ahead. The interesting aspect of Gobius is its unwillingness to predict the future. While using a fishing analogy, Meiton mentions that “the entire planet is our market,” and Gobius does not go fishing while anticipating specific results. Little wonder why Meiton named the company Gobius, the Latin name for the Black Goby fish. A small fish, the Black Goby, often rests at the bottom of the sea, lurking for prey, akin to Gobius “waiting for the tank to be filled” with new clients and industry applications. Interesting, to say the least!

Gobius is ready to take the next step in its evolution. Having grown at an impressive annual rate of 50 percent, Gobius is keen on not slowing down. It will continue to keep tabs on the latest sensors, Bluetooth technologies, and processors and regularly update its product suite. The Sweden-based firm is set to participate in several sensor exhibitions in 2020, where Gobius hopes to forge new collaborations with vendors and manufacturers.

From a product standpoint, Gobius is focused on improving its UI and integration capabilities. While its products are already easy to connect to bus systems, relays, lamps, and buzzers, Gobius wants its sensors to connect with other systems. “Our sensors must talk to technologies besides Bluetooth. This is why we are focused on IoT and technology integrations,” reveals Meiton. Soon, Gobius will introduce add-on products like a hub where users can connect multiple sensors through a gateway.

On a closing note, Meiton highlights that “contributing to cleaner waterways” is, and will continue to be, a hallmark of the Gobius brand. With a new CE regulation mandating that on-board toilets require an overfill alarm when reaching 75 percent of capacity, Gobius’ technology becomes a must-have for boat owners. Similarly, the EU is expected to pass new legislation that will disallow boats to empty black water (liquid waste) through the boat hull. “It is 2020, and the oceans are still dump stations,” rues Meiton, before citing the example of 15,000 charter boats in Croatia that continue to unload liquid waste into the ocean due to the lack of a tank monitoring system. “I wanted to create something positive for the planet, a technology that has never been created. Although my initial intention was to help fellow sailors, I now realise that our purpose is much greater. As the EU finally wakes up to catch the environment thieves, our product has arrived just in time to save the environment,” concludes Meiton.
- Rachel Smith
March 12, 2020 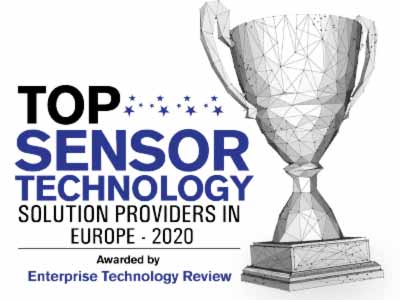 Description
With its patented solution, Gobius develops tank gauges that are easy to install, simple to use, reliable, and contribute to a better environment. One of the Top Sensor Technology Solution Providers in Europe, Gobius offers Gobius Pro, a tank gauge offering that is compatible with iOS and Android phones. The Gobius Pro is controlled through an app that allows boat owners to program the initial settings of the sensor, display measurements, as well as function as a platform for remote support—through Bluetooth communication. Large yacht producers such as HanseYachts AG, Bavaria Yachts, Beneteau Yachts, Arcona Yachts, Exopar Yachts, Hallberg-Rassy Yachts, Najad Yachts, and X-Yachts are all active users of Gobius technology 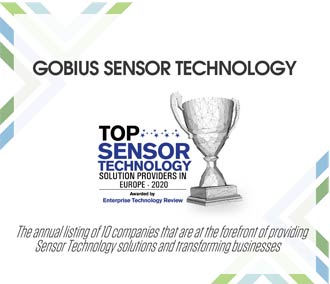 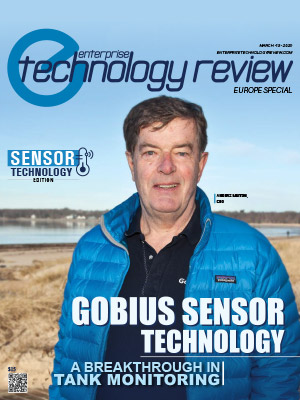 "Be it a boat owner, a dealer, or a boat manufacturer, our technology is becoming very popular and trustworthy among the recreational boat industry"